The Diplomatic Visas category is a highly specialised and quite exclusive area of immigration law.   RMBII has a special passion for practicing it and providing quality services.  This is because Robert is a former diplomat with the U.S. government and now a retired United Nations diplomat.  He has been posted, worked and lived in over 15 countries for 20 years.  Therefore, Robert is quite familiar with and sensitive to the ins and outs of the immigration difficulties and nuances. These issues usually revolve around establishing, organizing and managing a diplomatic life for one’s self and family (and personal staff).  As a result, Robert is especially passionate and diligent in providing his clients with the best possible legal advice and services.

Diplomatic Visas are for diplomats and officials of foreign governments, representatives of international organizations, and staff of the North Atlantic Treaty Organization (NATO) in the U.S.  There are also sub-classes of these visas available to immediate family and personal/attending staff.   Understandably, most nations’ ministry of foreign affaires, and international organisations’ protocol/passport offices, arrange for their own staffs’ diplomatic visas needs.

Aside from assisting in the primary diplomatic visa application process when needed, there are certain circumstances when diplomats’ or international staff’s US immigration needs are not addressed by their own governments or organisations.   This is where we step in to assist, and develop strategies and solutions that meet our client’s unique immigration needs concerning:

Typically we assist with such derivative issues not only for the primary “diplomatic visa” holder but also their family and personal staff.  In this visa category, RMBII shines and finds our clients the best pathway to realising their objectives and goals.

U.S. Security Advisory Opinions (SAO) often become a problem for diplomats prior to obtaining a visa.  SAO’s are based on the the Foreign Affairs Manual subsection 212(a) on inadmissibility. There are about 10 types of SAOs and they have been named after various animals and 2 legendary animals, and have a bearing on the classes and sub-classes of Diplomatic visas.

Such ‘speed bumps’ and blocks occur when the respective U.S. Consulate in the diplomat’s country raises concerns.  And such concerns may trigger a SAO under the following circumstances:

The “A” Visa is assigned to diplomats and other foreign officials who perform duties on behalf of their government in the U.S.   Such individuals and their immediate family members must obtain an A-1 or A-2 visa prior to entry into the U.S.:

The “G” Visa is assigned to those working for designated international organization, such as the World Trade Organization, IMF/World Bank or the United Nations. As a result, the G visa is further subdivided into five sub-categories:

The NATO Visa – assigned to staff of the North Atlantic Treaty Organisation (NATO).  NATO visas allow for attendants, domestic staff and personal employees of the NATO visa holder to obtain a NATO-7 visa. 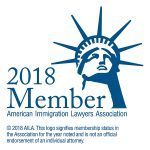 ​Want to contact us to schedule a consultation, or make a general query ?  Please complete the following form with your name, e-mail, and a summary of the kind of visa assistance you are seeking, and we will promptly contact you.

Use of this form does not create an attorney-client relationship with our firm. Please ask questions of a general nature only and do not include information you consider private.

Call US For A FREE CONSULTATION !